Organization and their Headquarters with Complete Information

International organizations and their headquarters of Asia Region

Aspirants who are preparing for the government exam can expect one to two questions for the organization and headquarter topic as it is clearly mentioned in the syllabus of the SSC and Railways exams like NTPC and Group D. It  is  also helpful for the students preparing for UPSC and State PCS as we help try to provide all the information about the organization. 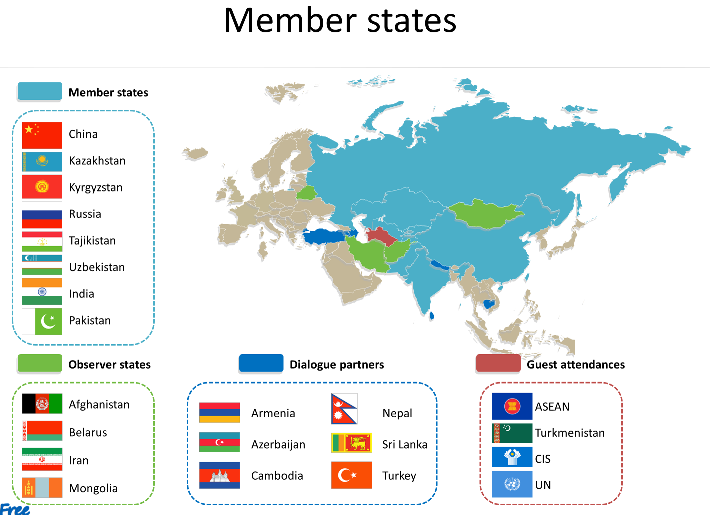 And the newest member is Iran Joined in 2021.

The Shanghai Cooperation Organization has included the Statue of Unity among the ‘Eight Wonders of the SCO.

2020: held in Russia by Video Conference. 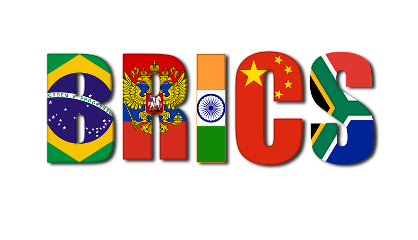 BRICS is the acronym of Brazil, Russia, India, China and South Africa.

Head is declared every year by those countries who host. In 2021 India hosted the meeting Virtually. And in 2022 China will host it. The hosting countries are in serial wise as the letter that come in the word BRICS.

Founded during the Sixth BRICS Summit in Fortaleza (2014), the leaders of BRICS nations signed the Agreement establishing the New Development Bank. It is also known as the Fortaleza declaration.

Mr. Marcos Prado Troyjo of Brazil is the current President of NDB.

At present BRICS nations are the members of NDB or it can be called as the bank of BRICS.

The Bank will provide technical and financial assistance for projects to be supported by the NDB and engage in information, cultural and personal exchange with the purpose of contributing to the achievement of environmental and social sustainability. 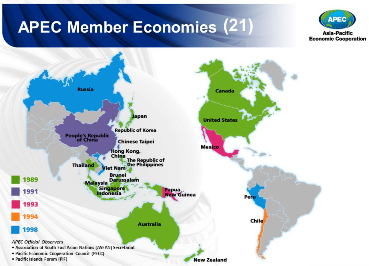 APEC is an intergovernmental forum for 21 member economies in the Pacific Rim that promotes free trade throughout the Asia-Pacific region.

Establishment: 1989 and founded by Bob Hawke.

Meeting: 2021 in New Zealand headed by Jacinda Ardern and the 2022 meeting will be hosted by Thailand

India is not the member of this group.

The South Asian Association for Regional Cooperation (SAARC) is the regional intergovernmental organization and geopolitical union of states in South Asia.

Establishment in Dhaka Bangladesh on 8 December 1985.

Rajiv Gandhi was the Prime Minister of India at the time of its formation.

The members of the SAARC are Afghanistan, Bangladesh, Bhutan, India, Maldives, Nepal, Pakistan and Sri-Lanka.

Afghanistan joined as a SAARC member in 2007.

This year SAARC meeting was not conducted as Pakistan wanted the Taliban to also take part in the meeting. 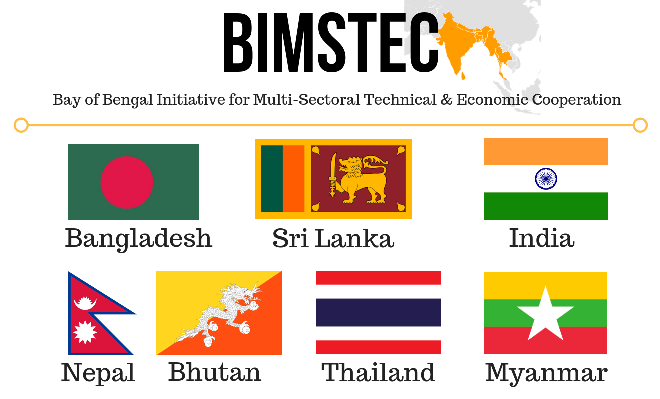 It was formed on 1997 in Bangkok, with the founding member were Bangladesh, India, Sri Lanka, and Thailand. The headquarters is in Dhaka, Bangladesh.

The First summit was held in Bangkok so it is also called the Bangkok declaration.

In February 2004, Nepal and Bhutan became its members.

On 31st July 2004, in the first summit the grouping was renamed as BIMSTEC.

Association of SouthEast Asian Nations (ASEAN ) formed on 8 August 1967 and its headquarter is in Jakarta, Indonesia.

ASEAN works under the banner of cooperative peace and shared prosperity, work on economic cooperation, the promotion of trade among ASEAN countries and between ASEAN members and the rest of the world, and programs for joint research and technical cooperation among member governments.

The first summit was held in Bali.

Asian Development Bank was   formed on 19 December 1966. Its Headquarters is in Manila, Philippines.

From 31 members at its establishment in 1966, ADB has grown to encompass 67 members, of which 48 are from within Asia and the Pacific and 19 outside.

The Asian Development Bank aims for an Asian and Pacific free from Poverty. Its mission is to help developing member countries reduce poverty and improve the quality of life of their people. As a multilateral development finance institution, ADB provides: loans, Technical assistance, grants.

India was a founding member of the ADB and is now the fourth largest shareholder.